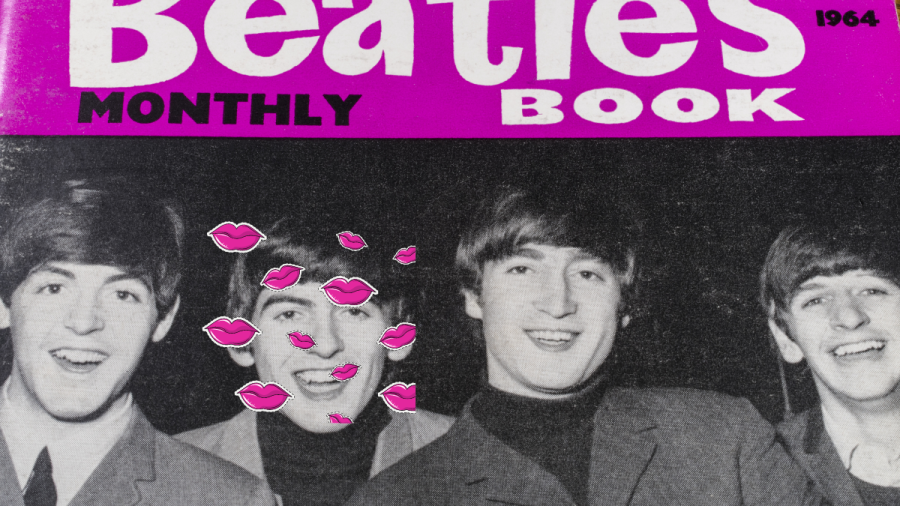 A few days before November 3rd, a friend of mine posted a meme on Facebook – I think it was about voting … or something. I know there were words on it. Or, maybe there weren’t any words. Maybe there were just symbols.

I have no idea. All I vividly remember … is that whatever it said was written on top of a picture of Sam Elliott.

And when I read through the comments, I found that I wasn’t the only one who didn’t have the slightest interest in the meme’s message. It could have said “Cure Found For Covid-19,” or even more important, “How To Lose Weight While You Sleep,” but the only thing of interest, according to the MANY comments, was Sam Elliott and the wild crushes everyone seemed to have on him.

I get it. I vividly remember my first crush. It was George Harrison. Since he wasn’t as seemingly popular as Paul, I was pretty sure that I, a skinny, flat-chested 8-year-old, had a chance to marry him. Whereas Paul might be slightly out of my reach.

And now that I’m a not-as-skinny-but-still-flat-chested 64-year-old, I still have crushes on stars and rock legends. Like Ryan Reynolds (but I think that’s only when he’s Deadpool) or Michael B. Jordan, or Colin Firth, or Dan Stevens, or Lee Min Ho. It’s fun. It means nothing. And it’s not like I think anything could possibly come of it.

But … I completely admit there’s a double standard.

If my husband ever commented about how incredibly good looking a movie star was, then somehow I’d be sure that she feels the same way and is fueling up her jet right now to declare her undying love to him.

Thankfully, I have a husband who loves and understands me (and by understands, I mean indulges) … so while I’m wearing the Itaewon Class tee shirt featuring Park Seo Joon that he bought me for my birthday …

And that’s why I love my husband so much … and why I will never leave him for Deadpool.